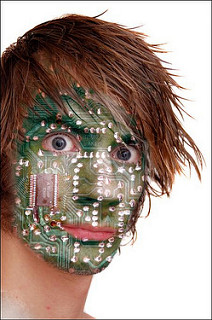 Paul Frampton’s argument for improved Emotional Intelligence should be taken seriously as marketing requires an increasingly creative approach in increasingly real-time social channels. Yet in our industry’s pursuit of all things scalable, we try to recreate instinctive human ‘EI’ with the non-human, automated and hopefully scalable AI. Unfortunately, despite sophisticated algorithms and plenty of investment, these AI based algorithmic approaches cannot yet command a fraction of the emotion garnered by creative marketing.   Many will argue that it will only be a matter of time before we see a breakthrough and we should continue to iterate forward. However, we are actually solving this challenge incorrectly. Artificial Intelligence will never catch up because while binary computing is effective at crunching numbers, it is fundamentally poor at predicting human behavior. It’s time to look elsewhere for emotional intuition and luckily an alternative approach – Biological Intelligence – offers a solution that is starting to gain major traction.

The biological approach to solving such challenges has been overlooked for years because many presumed that Biology is mainly a ‘descriptive’ discipline rather than ‘predictive’. However, the evolutionary, genetic, neural networks and swarm algorithms are just a few examples where the workings of life were perfectly formalized in the form of a theory and equations. Now we start to witness how quantitative and theoretical Biology could be used to solve current and future problems in all aspects of our lives.

In understanding how this can be applied in marketing to define the behavior of consumers, Biological Intelligence begins with an important learning from nature. Systems, from groups of cells to crowds of people need not have a single, collective (or any) brain to be intelligent. The collective decision making of the group is not conducted in the way we make decisions as individuals but rather adaptively and collectively, driven by internal and external stimuli to which systems react for survival. The first step to recognizing the superiority of BI is to stop trying to replicate the human brain and observe intelligent systems.

And this is a much sought after pursuit in traditional marketing – with or without an algorithmic approach. Joseph Vita DeLuca, VP Marketing and Communications at Yieldr, aptly described the challenges and opportunities of better understanding separate biological systems in the marketing sense as ‘hypersegmentation’.   The basic principle is that brands can communicate best to audiences who are properly segmented, therefore having enough commonalities for relevant messaging. That is harder than ever today however as segments must adapt for rapid change. DeLuca states “Part of incorporating a hypersegmentation strategy is creating an automated process that habitually incorporates new data points while refreshing older ones, in order to optimize messaging through every point of the customer journey.” It wasn’t mentioned in the article, but one way to achieve that automated process is with Biological Intelligence.

Such an approach is increasingly important given Artificial Intelligence’s limitations in predicting ‘irrational’ human behavior. Nick Seneca Jankel, creator of ‘Breakthrough Biodynamics’ defines the issue quite simply. Artificial Intelligence assumes that people will behave in predictable ways, whereas true ‘breakthroughs’ are unpredictable. He points out that Stuart Kaufmann defines this as ‘Partial Lawlessness’ which we can take to mean ‘unpredictable’ or ‘irrational’ decision making within otherwise logical patterns. Consumer behavior is ultimately very unpredictable and trying to solve it with AI based on rationality will deliver the same frustration as trying to accurately predict a football team’s outcome based on common sense – actual outcomes don’t play out that way.

While effective marketing through intelligent decision-making is a difficult task, pursuing it with Biological Intelligence is a move to the simple from the complex. The simple and natural behavior of systems is a refreshing panacea for the quirks of Artificial Intelligence. In this case, a natural approach is better and consumer behavior patterns can ultimately be defined by simple and universal rules. Switching to Biological Intelligence from AI represents a simple opportunity for a paradigm shift in the predictive and analytical results of marketing technology.