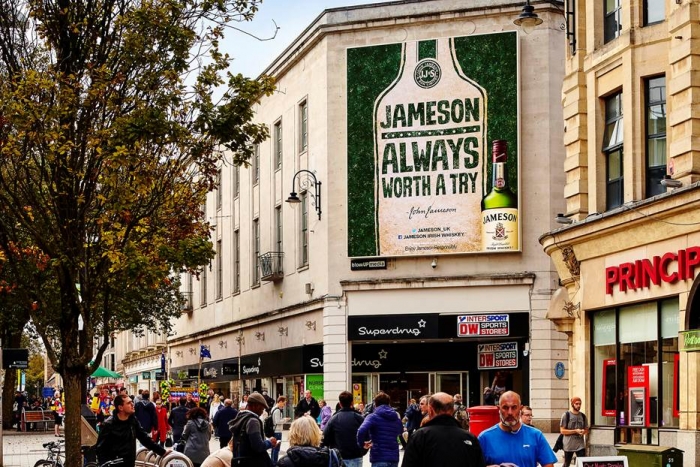 It’s a busy time for marketing award announcements for out-of-home advertising campaigns here in UK and some good news pops up for our partners and locomizer team. We are very proud to say that two campaigns fueled by Locomizer AffinityBI algorithm’s consumer data insights were short listed for industry awards.

First comes the From Dad’s to Lad’s OOH campaign for Jameson Irish Whiskey launched last year UK nationwide. The challenge was to “shift awareness and move Jameson Whiskey from a spirit for ‘Dads’ to one for ‘Lads’, to increase consumption with 25-34 males.” The campaign was actually nominated for three awards:

It is not a surprise that Jameson campaign gained such a traction as the after-campaign results reported by Havas Media are very impressive indeed. The campaign “smashed the objectives”, increasing the following KPIs:

Our second campaign short-listed for a marketing award actually competes with Jameson’s in the same category. The Bethesda’s Fall Out 4 OOH campaign got nominated for The Clear Channel Outdoor Planning Award in the “Best use of data and insights” category. The data challenge we worked on was to intelligently decide where to effectively reach out to the audience highly receptive to Bethesda’s most recent game hit Fallout 4.

Havas Media releases Jameson Irish Whisky video case featuring Locomizer
This website uses cookies to improve your experience. We'll assume you're ok with this, but you can opt-out if you wish.AcceptReject Read More
See our Cookie Policy
Necessary Always Enabled
Scroll to top