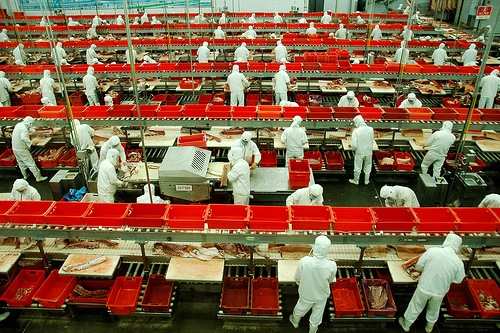 ‘Programmatic’ thrives on the notion that the historically inefficient advertising industry is democratizing through the real-time exchange of ad budget for the instantaneous intersection of inventory and data.

As with any efficient market, pricing in programmatic would thrive on perfect information. However, with unreliable data and publishers of all measures of quality, the market for real-time advertising is far from efficient.

Even as the industry matures, programmatic remains less automated than many suppose – many transactions executed programmatically are still preceded by a very human negotiation.

One thing is for sure: ‘programmatic’ is too promising to languish at a standstill. But is the widely popular ‘platform’ approach to progress, wherein largely generic DSP execute programmatic exchange differentiating only in vague terms, the right one? One could argue that indeed gravitation to commoditization is truly the only way to achieve an efficient programmatic market. But in an industry yearning for profits, and slowing progress towards programmatic perfection despite the platform approach, one must consider the direct opposite as a viable strategy for industry players at large – a move towards the productization of programmatic, trading openness for closed and generic for proprietary.

If the attributes that define the value of programmatic inventory plus data were more clearly valued, we could enjoy an efficient commodity market. In that case, we would arrive at a few simple exchanges, much like NASDAQ and NYSE dominate equity trading. But with disparate data and attributes which hold different value to different buyers, such a future is unlikely to be delivered profitably. So why is our industry trying to achieve it?

Perhaps it’s a vision for a winner-takes-all outcome, where the leaders in neutrality and transparency gobble up the industry. But even in this scenario, profitability and long-term sustainability would be dubious for any commercial provider.

The opposite of the status quo via ‘platform’ is ‘product’ and it is the only route towards progress and profit. With a product, providers shun pure openness and compatibility for uniqueness and proprietary. With a product-driven approach, differentiation takes priority over commoditization and unique proprietary design fuels unique deliverables which advertisers will be willing to pay a premium for. In an industry that is constantly benchmarking, it is possible that an alternative approach – pure differentiation could be the way to break away from the pack and claim market share.

Many of the platform concepts alluded to in this post have product-like features, such as unique algorithms, user-interfaces and more, but they can’t get past the openness and interoperability that could lead to their demise. They seek to remain transparent and agnostic, yet simultaneously claim uniqueness. This is the programmatic paradox.

True product, and true uniqueness is just that – it’s truly different. As Peter Thiel said in his best selling book ‘Zero to One’, competition is not always good- that a business should be so uniquely good at what it does that there is no substitute. This type of approach is a major contrast to the look-alike approach in the programmatic business, and we’re not talking about audience modeling.

How Can Programmatic Productize?

Programmatic can only really differentiate on a limited number of fronts, namely ‘process’, data and inventory. And whereas process can always be improved, and inventory will often go to the highest bidder, better data is the king of all deliverables – the most exclusive of any proprietary offering and the answer for platforms making the shift to product. Data is finite, data holds intrinsic value and without data, programmatic lacks the third dimension, transacting only on the availability of inventory, without knowledge of its audience. And yet too many programmatic providers pseudo-differentiate towards better data with attempts at a better process – more efficient, more highly targeted or both.

Meaningful differentiation with proprietary data requires innovation that is often beyond the core competency of the traditional platform. Artificial Intelligence is no longer enough. Vast networks of data capture, or DMP integrations are now table-stakes. For real productization, platforms must seek data solutions that move past vague segments, and towards behavior-driven insights beyond the website visit and even beyond the digital experience. The real world presents increasingly sophisticated opportunities for non-PII data capture that given modeling such as Biological Intelligence over the traditionally binary artificial, add new dimensions to predictive advertising that far outshine the obsolescence creeping into programmatic. Programmatic’s legacy of website retargeting, still a dominant technique, will pale in comparison to the potential that mobilization, Internet of Things and other methodologies existing far away from the desktop will enable in not just advertiser performance, but provider profits.

If the product direction turns out to be the winning approach for programmatic, it is unlikely that many providers will successfully make the leap. The unique product design and truly scarce data assets will be inherently in short supply. Therefore first-mover advantage comes at a premium. Which platforms will deploy truly unique approaches to data, and in doing so deliver exclusive, proprietary value? The very notion of premium pricing and higher margins requires exclusive differentiators buyers are willing to pay for – which platforms will strive for true uniqueness, delivering data and data methodologies in a closed system that outshines the competition? Only time will tell. But in a stagnating market, on the wrong side of the capital equation, the players in ‘product’ and not platform will deliver profitable growth and fuel the Product Era for programmatic, because an agnostic approach to a revolution rarely finds a following.

Locomizer interviewed for Forrester’s TechRadar™: Spatial Data And Location...
This website uses cookies to improve your experience. We'll assume you're ok with this, but you can opt-out if you wish.AcceptReject Read More
See our Cookie Policy