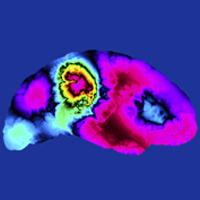 Among the amazing scientific breakthroughs Nobel Prize winners have brought us in the last few years, few hold such promise in the movement towards Biological Intelligence away from all things Artificial.

The 2014 Nobel Prize for Physiology or Medicine was awarded to John O’Keefe, Edvard Moser and May-Britt Moser for the discovery on how the brain considers location and functions as a natural GPS.

O’Keefe first described what he called ‘Place Cells’ back in 1971, but their characteristics and function seemed, well, too good to be true. But with today’s science and forward thinking, and the help of the husband and wife Moser team’s 2005 grid-cell discoveries, he was able to gain worldwide acclaim for his discovery of the truly remarkable capacity of the brain to physically identify ‘place’ with an explanation for the neural mechanisms driving spatial memory.

In their press release about the award, the Nobel Foundation described the discovery as solving for one of humanity’s most complex challenges:

“How does the brain create a map of the space surrounding us and how can we navigate our way through a complex environment?”

While some of the more ‘directionally-challenged’ of us must have this area of the hippocampus less prominently developed, we can all agree that this is a fantastic discovery from the perspective of science, with potentially far-reaching impact to include Alzheimer’s and dementia research – diseases that affect the same area of the brain.

And with discovery of the brain’s remarkable capabilities comes new opportunity to leverage our learning’s for the greater good. Perhaps nowhere greater than in efficient messaging, where today we inefficiently receive 360 interruptive marketing messages per day. With Biological Intelligence defining consumer behavior by ‘place’, and our now improved understanding of its neuro-structure, we can combine the science to further move away from 1’s and 0’s in our pursuit of commerce and communication. It’s the nuanced, biological behavior that predicts human patterns – increasingly driven by time and place. Shailendra Rathore, studying the Subiculum (part of the Hippocampus) in the lab of Dr. Francesca Cacucci, a former PHD student of O’Keefe says “The way people behave in different environments does indeed seem to have influence on spatial representation, I believe that studying what people do in particularly novel and rewarding settings and machine learning these situations from behavioral parameters may reveal interesting information for targeting purposes.“

Biological Intelligence in marketing is built on the idea that collectively, crowds of people move through their days with a singular intelligence – the sum of all intent. With millions of individuals making up the collective intelligence as a ‘system’, we can isolate sub-systems and better understand human behavior by location.

BI first-mover, Locomizer is the only audience platform that is leveraging the identity of place and it’s meaning for the characteristics of frequenting individuals to help brands improve their predictive marketing. With the marketing industry’s dearth of accurate demographic and psychographic data, Locomizer enables a third dimension for brands to better understand their customers. Academia is striving for some of the same learnings. Rathore continues, “Fundamentally we are trying to understand how the brain represents space and memory. Perhaps our conscious experience is explicitly structured spatially. We reconstruct a spatial scene and then move within it when we perform autobiographical recall. Trying to ascertain what is memory and how it is structured in the brain is a key stepping stone towards understanding conscious experience and also building the next generation of Artificial Intelligence.” In the case of Locomizer, AI takes on a ‘BI’ scientific approach.

Biological Intelligence is not only defined by human behavior, but it can be the collective intelligence of systems as seemingly chaotic as, say, ‘cells’. And until now, one could better argue that the daily movement by humans through time and place had equal elements of chaos, driven less by collective intelligence and more by unpredictable causation, aka the randomness of our daily lives.

But with the brilliance of O’Keefe, Moser and Moser, and their discovery that our ability to navigate complex environments is a lot more sophisticated – and therefore intentional – than previously assumed, we can leverage Biological Intelligence for predictive marketing with even more confidence. Whether it’s our navigation through shopping malls – indoor or outdoor – city streets, neighborhoods and suburbs, the chaos driving our patterns and therefore our commerce, is quickly rationalizing. And Biological Intelligence has the formula.

Locomizer in press: Digiday article Locomizer discovers sites with customers highly receptive to Bethesda’s...
This website uses cookies to improve your experience. We'll assume you're ok with this, but you can opt-out if you wish.AcceptReject Read More
See our Cookie Policy